Why have a Mass for a Deceased Loved One?

Before we can answer this question we need to ask a few different questions including:

Q: What is the Mass?

A: Mass is the Sacrifice of Christ on the Cross and for that reason, it is by definition efficacious. We are present at Calvary. Rather than merely remembering the life and death of Christ, we are present at it and partake of its eternal fruits which flow to us from the altar and during the Canon when the priest stands in the place of Christ and offers the Eternal Victim on the Altar to God. We can further receive grace by partaking of the Holy Eucharistic, if we are Catholics in the state of grace.

Q: What is the value of the Mass?

A: The Miraculous Value of the Holy Mass is well documented by a number of the saints whose inspiring writings and visions bear testimony to this:

“My son, if men only knew the value of the Holy Mass, they would be forever on their knees listening to it” (Padre Pio to Vittorio Chimetto)

“The Holy Mass is the renewal of the sacrifice of the Cross”. It is the sacrifice that detains Divine justice, that rules the entire Church, that saves the world. In the hour of death, the Masses that you have devoutly attended will be your greatest consolation. In each Mass the temporal suffering due to your sins is diminished in accordance with the degree of commitment you bring to it. In each Mass, Jesus forgives you the venial sins you have not confessed but have repented. In each Mass, Satan’s dominion over you is reduced. One Mass heard by you in your life does more good than many that may be heard for you after your death. In each Mass, you are given protection against dangers and misfortunes that would otherwise have befallen you. With each Mass your time in Purgatory is reduced. The Holy Sacrifice is the most effective of prayers, over and above all other prayers, good works and penance; by its own virtue it immediately and infallibly produces effect in favour of souls. Each Mass procures for you a higher grade of glory in Heaven. And you are blessed also in your personal affairs and interests. “If we only knew the worth of the Holy Sacrifice of the Mass with how much greater zeal we would listen it” (the Holy Cure of Ars).

“You must be aware, Christian, that the Mass is the most sacred act of religion: you can do nothing more glorious for God, nor more advantageous for your soul, that to piously and as frequently as possible attend Mass” (B.B Eymard)

“It is worth more to hear a single Mass that to distribute all your riches among the poor and to make pilgrimage throughout the whole earth” (St. Bernard).

“The Lord grants us all we ask of him in the Holy Mass, and what’s more, He grants us even what we do not think of asking but which we also need!" (St Girolamo).

“Be sure”, Jesus said to St. Gertrude, “that to the one who listens devoutly to the Holy Mass, in the last moments of life, I will send him many of my Saints to comfort and protect him, in accordance with the Masses he has attended well” (Book 3, chapter 16.) 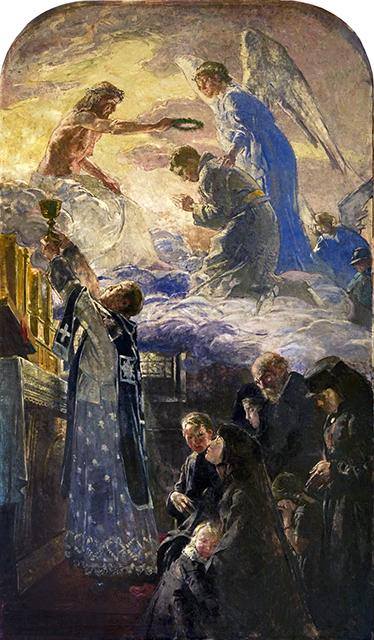 Q: When a Mass is said for the soul of a deceased loved one, does this help lessen the soul's time in purgatory?

A: Just as we pray for others here on earth, we are encouraged by the Church to pray for souls who may be in purgatory. Why? We are all in need of grace to come into the perfection of charity. We cannot enter heaven if we have not been completely cleansed of sin and all punishment due to sin. See Catechism of the Catholic Church #1031 and 1472

Since the Mass is the "source and summit" of the Christian Life, we naturally look to that Holy Sacrifice of Christ, containing the perfect prayer, to offer for our deceased relatives and friends who may still need the help of our prayers. Priests are under a strict obligation to remember in a special way the person for whom the Mass is being offered. Often you will hear the priests say the name of the person in the part of the Mass which specifically remembers those who have gone before us. Sometimes the intention for the Mass is listed in the bulletin or announced before the Mass.

We can't really speak of "time" since the deceased person has entered eternity, but we can speak in terms of "final purification" before entrance into heaven. We believe that a Mass offered for a departed relative or friend may help hasten that final purification which he/she may still be undergoing in purgatory. So yes, a Mass does help lesson the soul's time in purgatory.

And since the Mass truly is the Sacrifice of Jesus on the Cross, it is the most perfect prayer and sacrifice. As such, there is nothing more glorious that we can offer to God on behalf of souls. 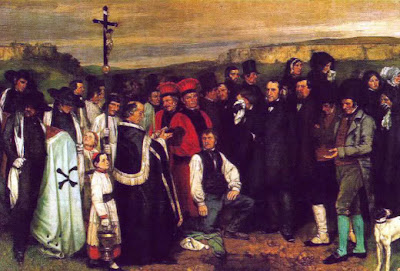 Q: How exactly can I have a Mass said for the repose of the soul of a friend/relative?

A: Ask a priest to offer a Mass for the intention of the repose of the soul of your friend/relative. I also highly encourage having Gregorian Masses said for the repose of the deceased. These pious practices are truly worthwhile.

- On the lay Apostolate (NEW)

Coming Back to the Catholic Faith

WEEK OF PRAYER FOR CHRISTIAN UNITY *** Joint Church Service will be held here at Sacred Heart on Thursday, 23rd January at 7.30pm, followed by refreshments and time to chat in the Michael Room. *** Please come along to welcome and pray with our friends from all the other Churches in Penicuik. *** 'That all may be one....' (John17:20-21)